Minecraft PE has really added new Foxes, as you noticed that they are available only in Java Edition, now the developers are going to add to Bedrock

According to rumors from the developers, they can add a 4K texture. While we wait, wait and see. 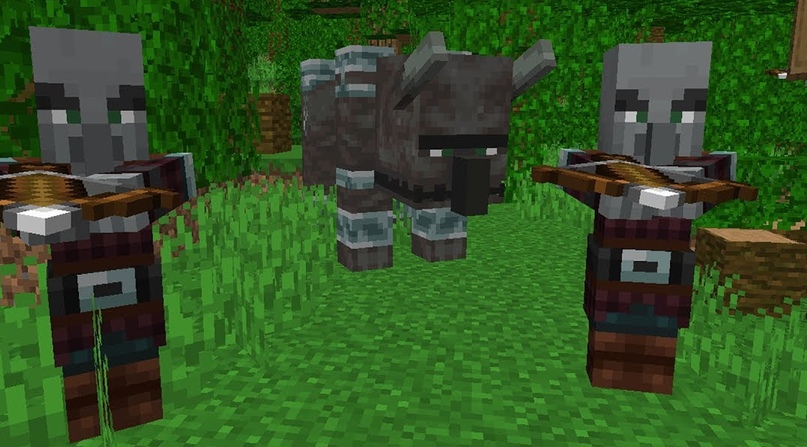 This patrol may include a secret mob "Illusionist". In the computer version, this has not yet been noticed, you can spawn it by writing the command / summo
​Be careful in the future, he will attack you until you die! The illusionist copies 3-4 copies of himself. They will always shoot at you from a bow.
Add
to bookmarks
Send a
complaint
Votes: 2 | Rating: 5
See also
Find more
Comments (0)
Add
Information
Users of Guests are not allowed to comment this publication.
Comments
Minecraft Bedrock Edition 1.16.100 for Windows 10