rick
12:36, 15 June 2021
111
0
As I slayed the undead one by one, alongside my brothren , no one noticed this horror amongst the fog of war. It hit us by surprise, its one massive arm was nothing but muscle, able to pick up and throw down soldiers with ease. The undead were pushing us back. But where to go? How would we survive? We are being pushed back, but there is no place for us to be pushed back to. Nothing other then a massive scolding pit of thick, glowing, red liquid.

And welcome to my addon! If you watched the trailer above, pretty cool right? If not, well War of Nations is an addon that allows you to have massive battles happen in your Minecraft World!
So, how this works is that there are multiple "factions" (currently two) that will not fight others in their own faction, but those who are not in their faction. Also, everything is put to a .25:2 scale (pretty much a two block tall guy will be shrunk to the size of .25 of a block) to make it feel sorta like an RTS thing (dunno where I'm going with this).
So to start things off, I'll get in with what's new with Season 3!

The Witch - The Witch is a very powerful unit, having 20 HP (compared to the zombie's 10 HP, or the Foot Soldier's 8 HP) and the ability to heal itself. The witch lobs Splash Potions at enemies, making it easy to take down hoards of enemies. Also sometimes the Witch fires an arrow, because why not.
Command Name: "witch" or "minecraft:witch"
Warning: This unit replaces the vanilla mob "Witch," so spawn this mob with the vanilla "Witch" spawn egg. 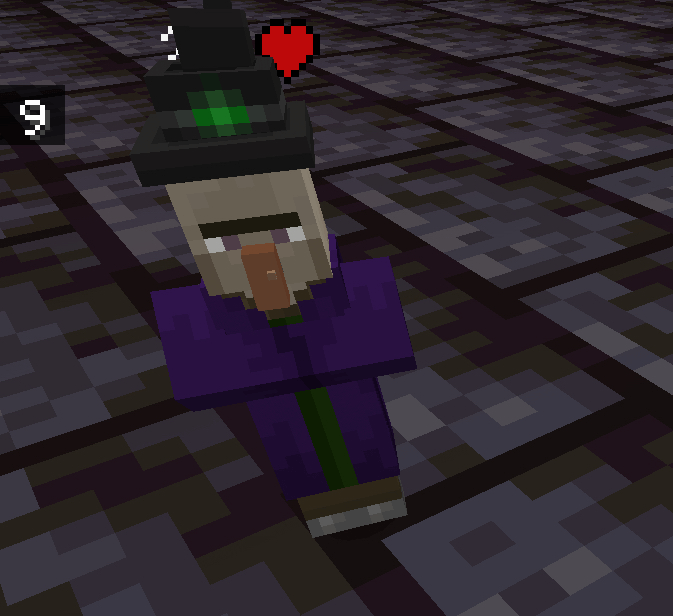 Drowned - The Drowned is a more, "elite" version of the Zombie it has 20 HP (compared to the zombie's 10 HP) and deals 4 damage per smack in the noggin (compared to the zombie's 3). The drowned has a chance to spawn with a Trident, which it can yeet at enemies and deal bonus damage!
Command Name: "drowned" or "minecraft:drowned"
Warning: This unit replaces the vanilla mob "Drowned," so spawn this mob with the vanilla "Drowned" spawn egg. 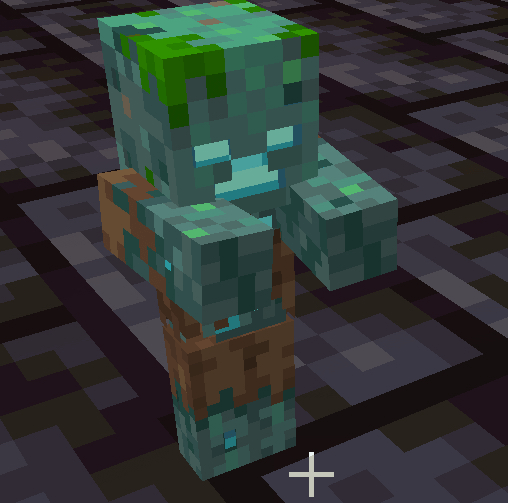 Stray - Strays are like better skeletons! They deal the same amount of damage (5), and have the same HP (5), but anything they shoot will get the slowness effect. (Which can be very helpful since villagers tend to be speedy).
Command Name: "cc:ua_stray" 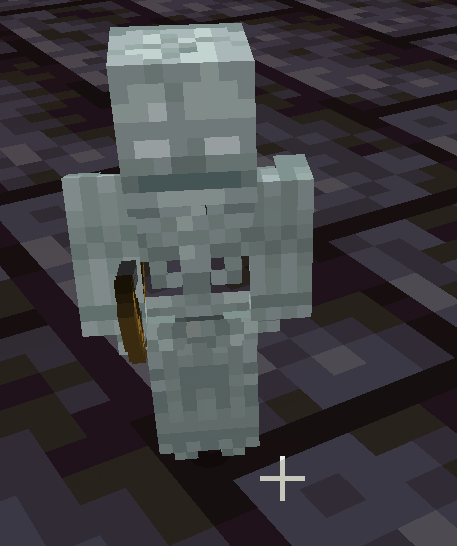 Brute - Brutes are like the Undead version of the Iron Golem. Brutes have 40 HP (compared to Iron Golem's 50, or zombie's 10) and can smack a lotta damage (I think 6?). But, in order to sustain this power, they must sacrifice speed.
Command Name: "cc:brute" 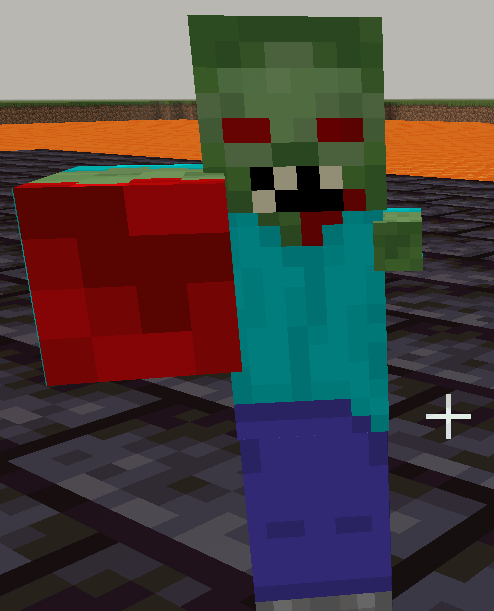 Iron Golem - Yes yes yes, I know, these already existed, but before they were broken AND replaced the OG Iron Golem, now they are neither of those things. They have 50 HP, and 7 dmg (compared to Foot Soldier's 8 HP, and 2 dmg).
Command Name: "cc:ua_iron_golem" 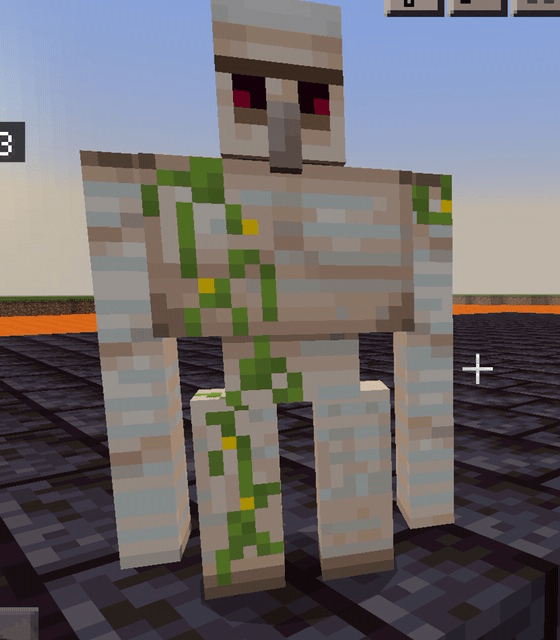 Knight - Knights are like foot soldiers, except better in every way. They are faster, stronger, and smack things very hard. They are guys with 20 HP, and I think 5 damage per smack.
Command Name "cc:ve_knight" 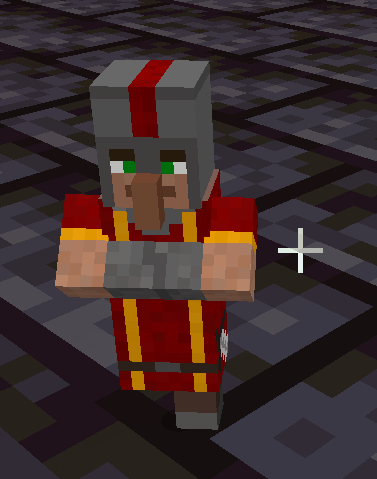 Elite Soldier - Elite Soldiers are almost like the "Captains" of the Villagers. They have a giant banner on their back (pretty cool, right? Though I guess I made their thingie look like the cookie monster), and have 50 HP (I think). Also whatever they smack gets poisoned because, uuuuuh, they don't wash hands.
Command Name "cc:ve_elite_soldier"

The Sorcerer - The villagers magic unit, because we gave the undead the witch (don't worry, we'll make the witches' equal.... eventually). Has 15 HP, and when they smack peeps they levitate and die from fall damage (or get mortally wounded).
Command Name: "cc:ve_dark_sorcerer" 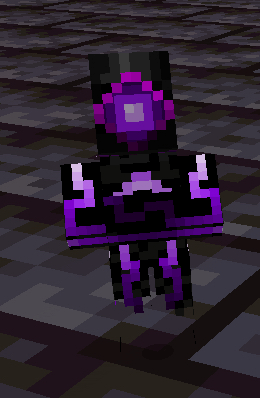 Snow Golem MK X-90 - The Snow Golem MK X-90 is a monstrosity of a unit and should never exist. But it does, so I gave it 20 HP, and the ability to shoot arrows like a machinegun,
Command Name: "cc:ve_snow_golem_mkx90" 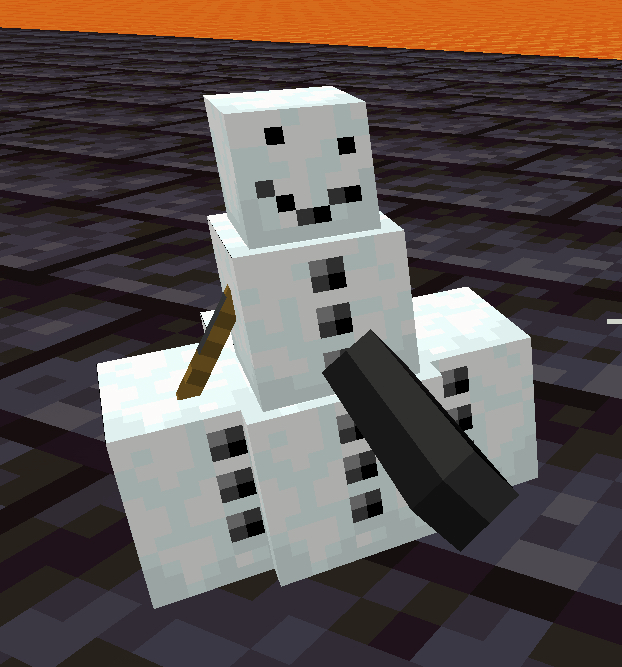 Well, Foot soldiers are now Villagers instead of blue people that looked like Steve: 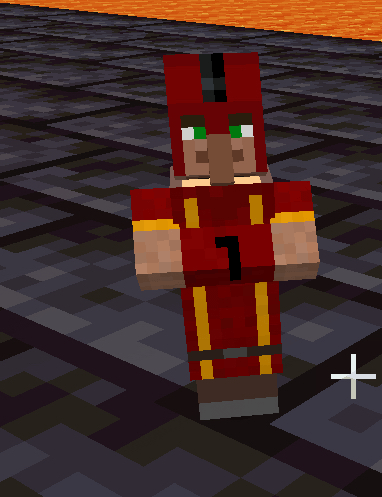 Iron Golems works now
Warmachine is slightly larger, and better
A heck of a lotta balancing and stuff
Gave everything their own custom textures for the spawn eggs

For those who are new here:
Here's a quick list of everything else that exists:

And to wrap things up, imma give de credits (and maybe or maybe not tell you what to do)

What you are allowed to do

What you are not allowed to do