rick
11:02, 13 June 2021
51
0
Survival Reignited changes core mechanics of Minecraft and presents more goals and challenges in a natural feeling and vanilla style way, as well as significantly increasing the difficulty and slowing down the pace of the game in a fun and strategic way.

Remember when the first night was scary? Remember when the sound of zombies made you panic, and you didn’t have a full set of iron gear by the second day? Remember when you built traps and took precautions in order to survive? This addon reignites the feeling we all first got on our first night, or when we first crafted a diamond sword. Prepare to once again need to build traps and walls to defend yourself, to go on journeys to find resources, to bravely adventure through the now evermore hellish and unforgiving Nether, and relive your first days in Minecraft.
Here's a few examples of what you can find in this addon! 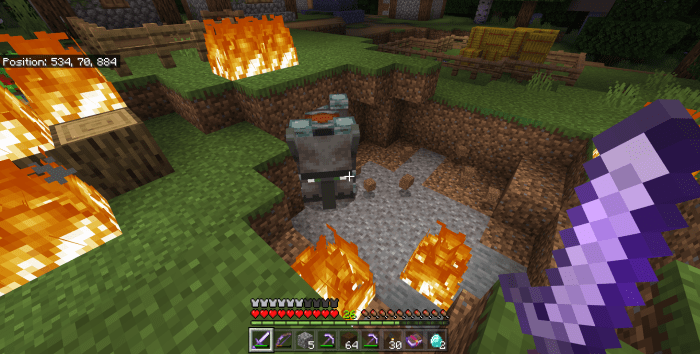 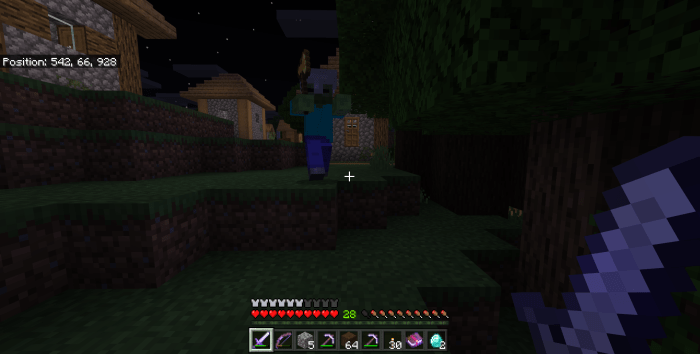 [Above] A zombie that's been given a iron helmet and golden axe after being in the world for awhile. 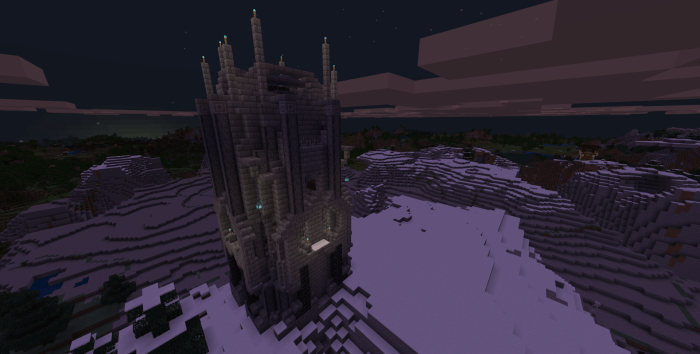 [Above] A new structure known as an Evil Outpost. Vindicators and Wither Skeletons that have come into the overworld through what are now ruined portals live inside! 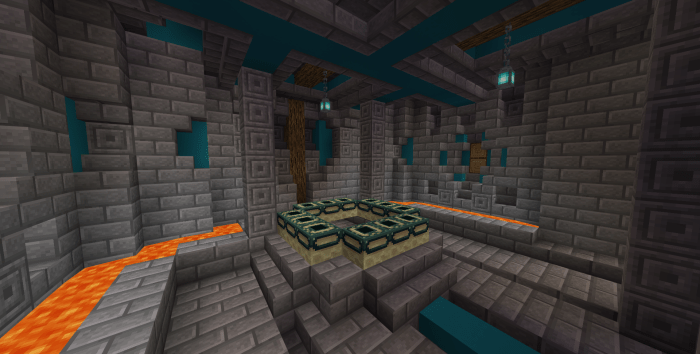 [Above] A new end portal structure. Only one of them spawns in the entire world, somewhere randomly near spawn.
This addon is a superior to my fully command block driven Survival+ map, and now can be used on any world, or any seed that you would like. Some things from it were kept, others removed or changed, and a LOT has been added.

Removed beds breaking when used.
Chorus fruit can teleport you much further now, up to 32 blocks away
Witches have 4 more health and will attack from 2 blocks further away.
A new underground dungeon spawns rarely, a creeper dungeon! It has 1 block of gold, 1 block of iron, and two chests.
Hoppers are now crafted with iron nuggets instead of iron ingots.
Phantoms can now spawn very rarely at any time, in any dimension, but only if Endermen are around.
Phantoms can rarely cause an “insomnia attack”, in which it turns to night time and stays night for a random amount of time from a few seconds up to 10 minutes, even if the player tries to sleep in a bed. A message notifying the player will appear when this happens.

Wither skulls will now deteriorate if brought into the overworld or end dimensions. This means the Wither must be created and fought in the Nether.
Beds will disappear from the player's inventory when near the Ender Dragon.
All iron block / ingot / nugget recipes take 8 of their respective item instead of 9
Piglin Brutes now have 20 more health for a total of 70
Hay Bales now only are crafted with 4 wheat, and vise versa. This change was made because of the large amount of hay bales found in villages, which could turn into many emeralds via trading with little to no effort.
Slightly changed the interior of the Evil Outpost structure to keep sunlight from effecting the mob spawners as much as before. Previously, hardly anything would spawn inside them due to the amount of sunlight leaking into the structure.

The pack will say there are missing dependencies, however this just means it has no texture pack to go with it, it will install just fine.
There is an extra step of installation even after you start the world! Use the command "/function survivalplus" in order for the full addon to work properly. You'll lose everything in your inventory when you do this, so do it right when you join the world. It also only needs to be done once, ever in a world.
There is currently a bug in Minecraft 1.16.201 that makes custom structures only spawn the first time you install an addon. To fix this, remove and re-add the addon to your world each time you play it. This is a bug with Minecraft itself and not the addon, there is nothing I can do to fix it.
Make sure cheats and all experiments are toggled ON in settings!

HOW TO UPDATE ADDON VERSIONS

After downloading the new version and having it import to Minecraft, on any world you've been using the addon on, go to behavior packs and remove the old version, then add the new 1.1 version.
Once you load into the world, type "/function UpdateSurvivalReignited" to finish the update. Without this, many of the new features won't get added!