rick
13:17, 12 June 2021
67
0
Un-Craftable is an Add-on that added new crafting recipes for those almost all items and blocks that you can't craft such as Totem, Saddle, Horse Armors, Saplings, Obsidian, Grass Block Podzol, even spawn eggs and etc. You can also craft unobtainable blocks such as Bedrock, Mob Spawner, End Portal Frame, Spawn Eggs, Chemistry Equipments and even creative blocks such as command block and barrier.
In this add-on you can now able to craft almost all spawn eggs, creative blocks and also it brings back the recipe of Enchanted Apple.
Here are some example of items/blocks that you can craft. Note that a recipe with filled bucket and glass bottle will bring it back to you.

Chainmail armours can craft using Chain, the pattern are same as other armours

Shroomlight can craft with Crimson Fungus or Warped Fungus, or you can use both fungus.

Coral blocks can able to craft using coral fan, use any type of coral fan to get what coral block ypu wanted including dead coral fan. 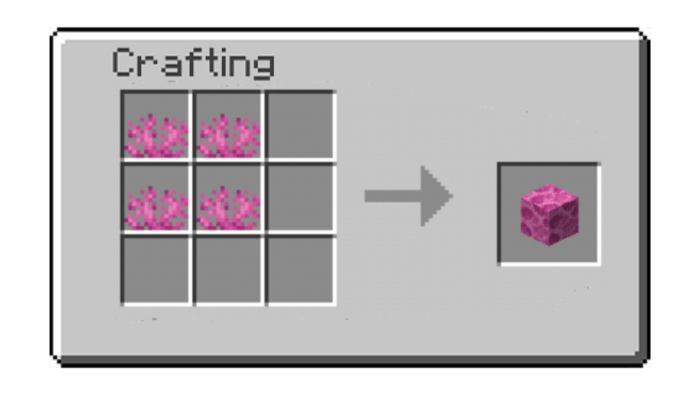 Skulls and Heads can now be also craft, the primary recipe is Steve Head.

All Spawn Eggs are now craftable and here are some examples
If mobs have 2 loots they are usually craft by those loots with this pattern.

If only have single loots they are usually craft like this

Some spawn eggs can combine into certain item to make another spawn egg, here are some examples
Coal + Spawn Spider = Spawn Cave Spider

ChemistryEquipments or Chemistry Tables can't able to craft and you can only obtain them via the creative inventory or by /give command. Heres how you can craft them.

Note: You can see all recipe of items/blocks in recipe book when you are in survival mode. Except for the recipe of blocks that isn't exist in creative inventory. So here are the recipe for them.

You can now also craft blocks that you can only obtain with the use of commands. 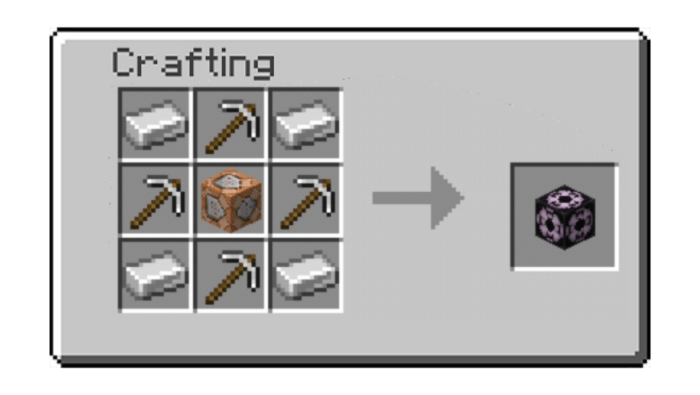 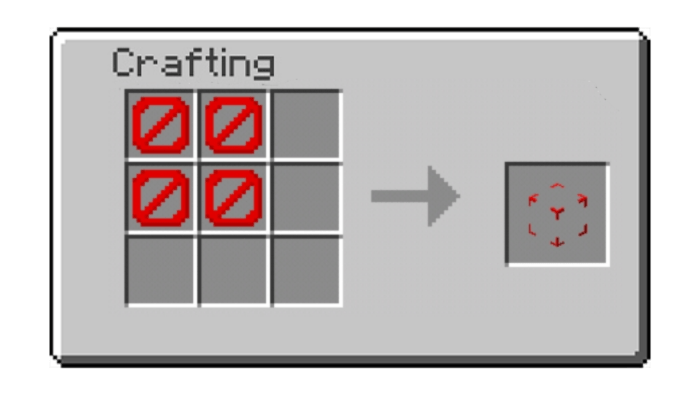 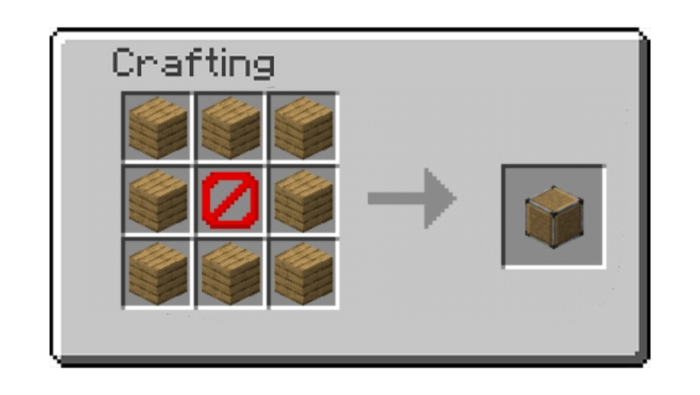 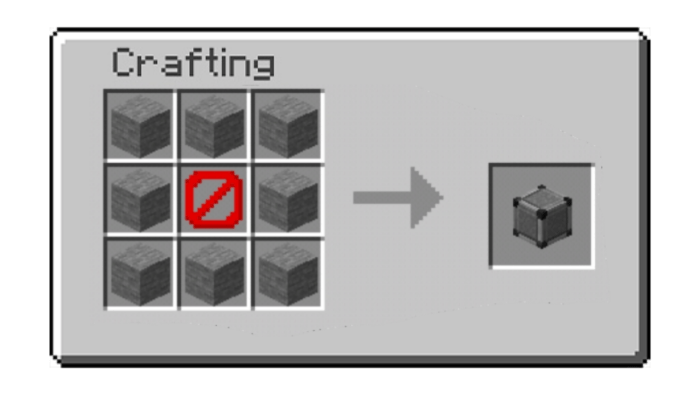 Any types of wall can be used 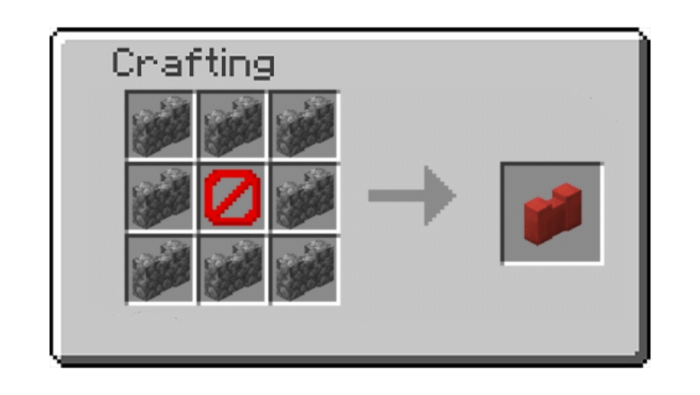 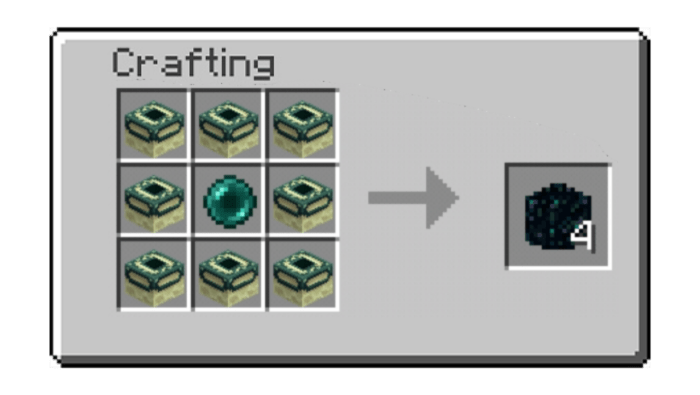 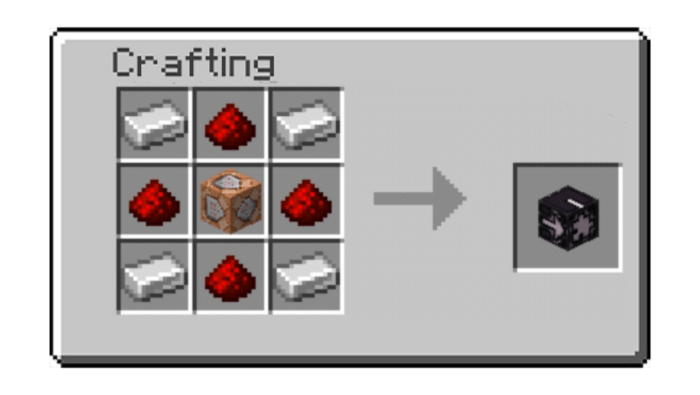 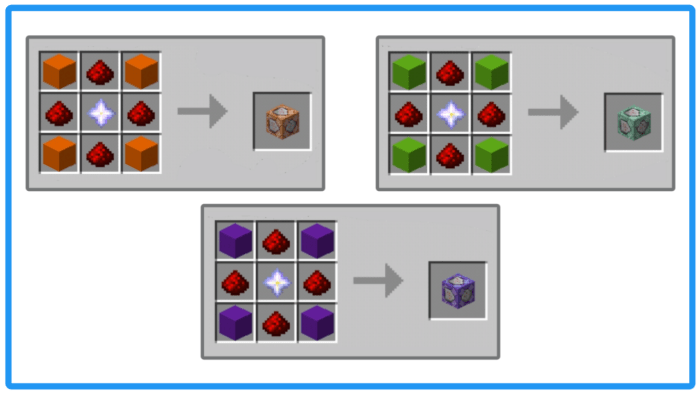 Where can you see all recipes?

The following recipes shown above are just a few example you can see all blocks/items you can craft in your recipe book. Just toggle off the button so you can see them all. 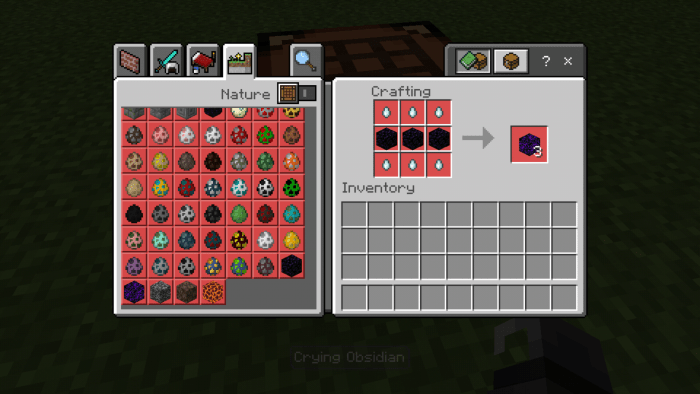 After that you can click on a specific item to reveal its recipe. Just like shown in the picture above.