Hardercore is intended to played on Hard difficulty. Normal and Easy difficulty may not be balanced well.

The goal of Hardercore is to increase the difficulty of base Minecraft without adding much new content. That's why the new entities added are either variants of existing mobs or very similar to existing mobs.Hardercore increases the difficulty of the game in a challenging but fair way*. Instead of reducing enemies to massive bullet-sponges, Hardercore increases other attributes such as their damage, projectiles, and sometimes their behavior.
Some vanilla enemies are now considered bosses and have has their loot tables updated. These enemies include the Evoker, Ravager, Elder Guardian, and Piglin Brute,
Alongside the vanilla enemy changes, Hardercore also adds two new miniboss variants of existing mobs: The Zombie Overlord and Spider Queen. 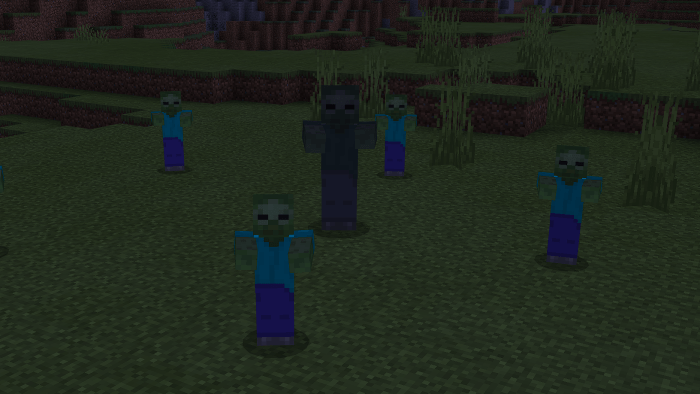 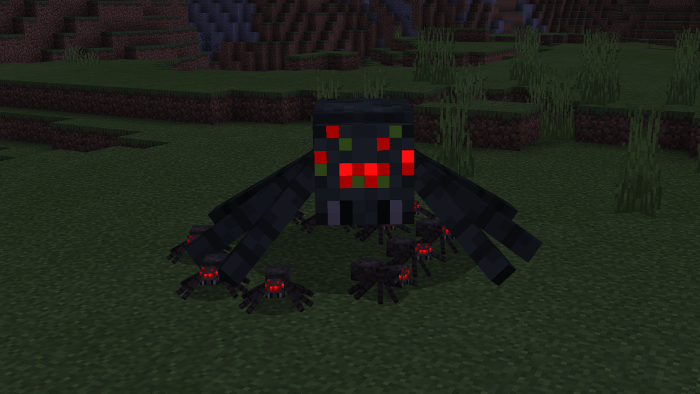 Spider Queens are slower, harder-hitting, and more resistant than normal spiders. Like normal spiders, she is not slowed down by webs.
Spider Queens are treated as minibosses, and as such display a health bar when you are close.
She has the ability to summon several small young spiders to support her. These young spider are faster than normal spiders, but deal less damage. They also do not have the ability to climb walls. Although young spiders have very low health, a large group of them can overwhelm you if you allow them to spawn. These young spiders are also not slowed down by webs.
The Spider Queen switches between "melee" and "ranged" modes on a timer.
In her melee mode, she is faster, but still slower than normal spiders. She can attack with a melee attack that inflicts lethal poison on hit.
In her ranged mode, she is slower and can inaccurately shoot out several balls of web, which upon hitting either an entity or block, cover the immediate area in cobwebs in an attempt to trap the player. Being caught in these webs next to the Spider Queen or several young spiders can prove fatal, even if you have good armor. 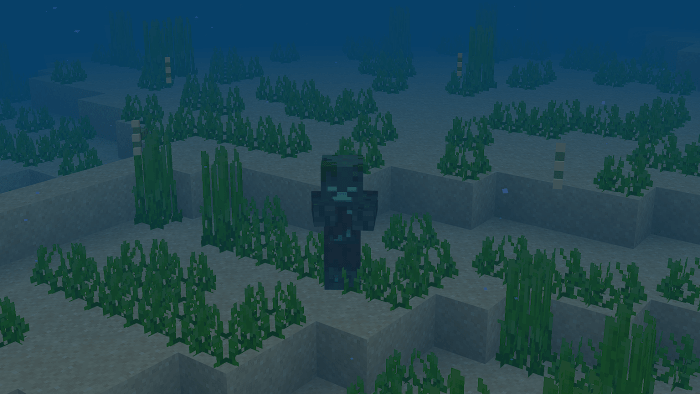 These entities exist primarily to make their respective bosses more difficult, but both can be found naturally. 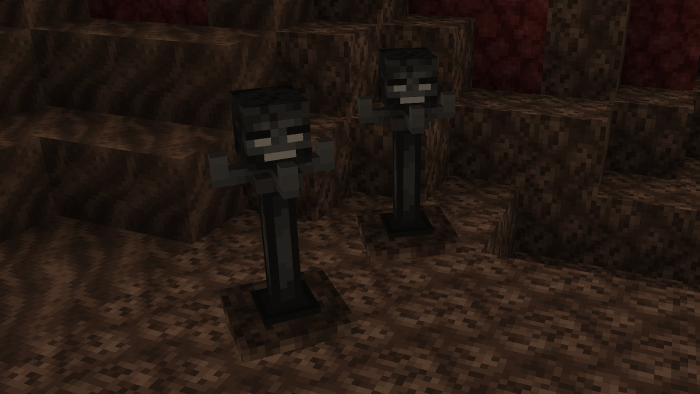 Wither Towers can be found naturally, albeit somewhat uncommonly, in the Nether. They are also spawned by the Wither during the Wither boss battle. 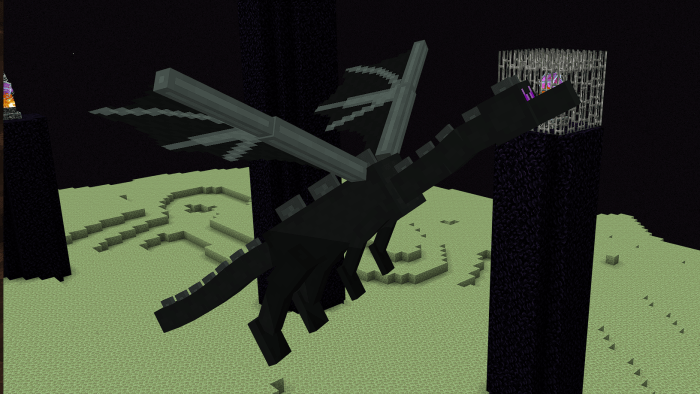 The Young Dragon spawns naturally in the End, on both the inner and outer islands.
The Young Dragon switches between "melee" and "ranged" modes on a timer.
In their melee mode, Young Dragons swoop down and attack the player similarly to a Phantom. Just like the Phantom, this can be disrupted by attacking them before they reach you.
In their ranged mode, Young Dragons float around and fire smaller, weaker Ender Dragon fireballs at nearby players. The lingering effect of these fireballs are smaller and do not last as long as the effect from the large fireballs, but that doesn't make them any less dangerous.

Most throwable projectiles, such as snowballs, ender pearls, and potions, throw further and faster.
Nearly all hostile mobs reward more experience.
Some entity spawn conditions have been changed.
Fishing, all non-village chests, and some entity loot tables have been updated.
Villager trades are slightly more expensive and offer more or better products, with some exceptions.
Iron, Gold, and Netherite armor and tools can be smelted down to return half of their cost, rounded down, in nuggets or Netherite Scrap.

*"Hardercore increases the difficulty of the game in a challenging but fair way": debatable

Note: Untested outside of version 1.16.200. I see no reason it wouldn't work on a different version, as long as "Holiday Creator Features" is an available option, but I cannot confirm it.

Applying Hardercore to an existing world will result in chest loot tables and Ender Crystals being unmodified.