verew
19:53, 24 May 2021
290
0
Have you seen Minecraft Live 2020?
It add a bunch off new features, mob, and even a new generation for caves. One of the following mob is Warden. Warden is a mob that live in darkest deep cave. It can kill you with 2 hit if you wearing a netherite armor. This add-on will try to replicate the warden as good as possible ! 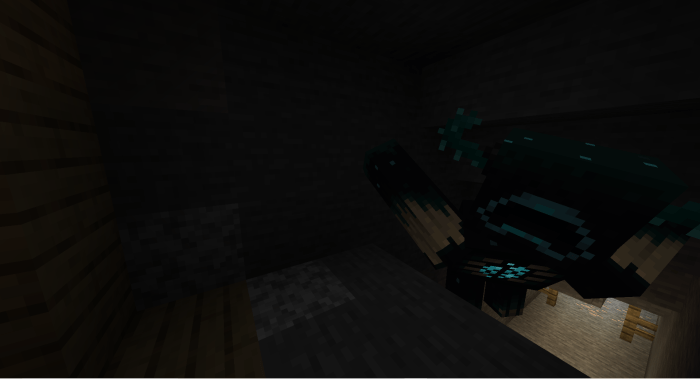 Warden is a mob that have a blue horn. This monster can haunt you everywhere in caves.
Let`s see what i added to this mob : 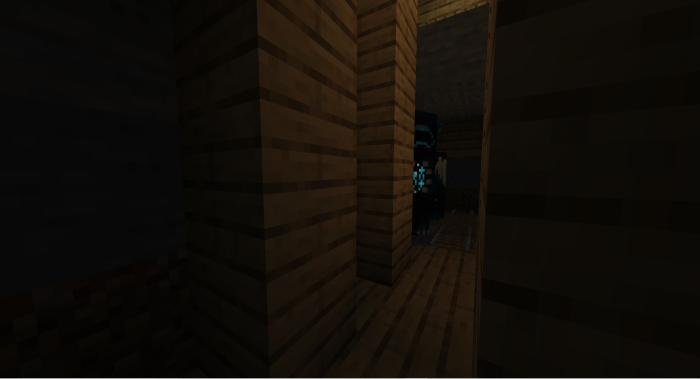 Behaviors
This mob have an interesting behaviors, it blind but it can hear a vibration. Warden can hear a vibration that cause by walking and some projectiles that you shoot (only arrow, snowball, egg, lightning bolt, lingering potion, splash potion and trident).
How the mechanic work ?
To attract it, try to throw/shoot an/a arrow, snowball, egg, lingering potion, splash potion and trident and aim it to the ground/solid block. this mob will follow the vibration that you cause. When you open a container nearby a warden, it will feel the vibration.

Try to sneak when walking, sneak will avoid player to cause a vibration. If you walk, this mob will follow you and track the vibration. Run is the best way to avoid it : )

Will it spawn on world ?
Yes, it will spawn on cave (Y 0-32). You can find it in survival world, but it spawn rarely.
Does it drop loots ?
Yes, it will drop sculk growth 2-4, and bones 1-3. This is not the real loot drop, there's no information about what warden will drop. 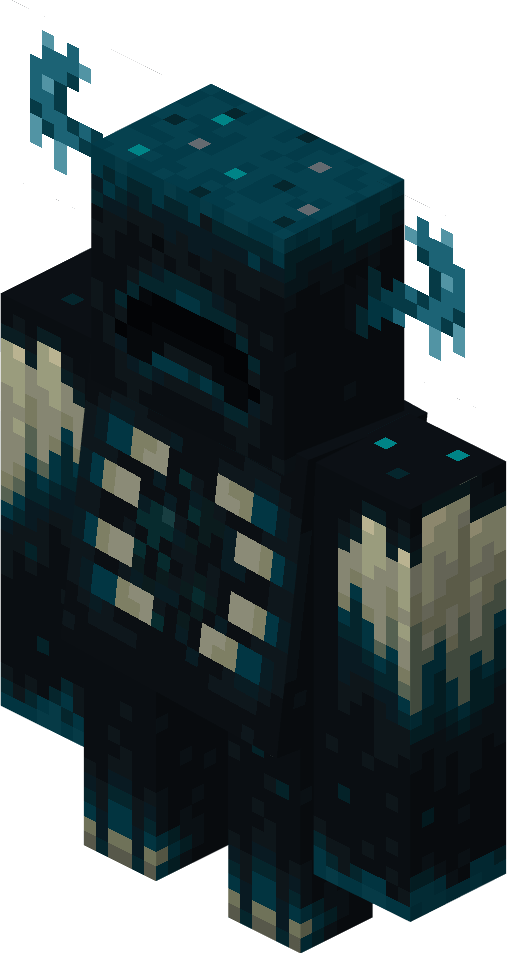 You can toggle this on and off !
Recommended to turn it off in behavior pack (without features generation) due to bugs from Minecraft.
~ Required settings,

-    Install through .mcpack
1. Download the files both RP and BP,

2. Open the .mcpack and it should open your Minecraft,

3. Activate both RP and BP pack.


- The behaviour pack issue can't be fixed, i can't find what causing it. I'm really sorry for this.