verew
02:24, 14 May 2021
264
0
Once again I am bringing another Illager-type mob from Minecraft Dungeons into the game. This time being the Windcaller. The Windcaller was first introduced in a teaser for the Howling Peaks DLC in the MC Dungeons game and became available over the past week. My theory is that Minecraft is trying to establish elemental Illagers into the game first being the Geomancer (an illager that controls rocks from the ground) and now the Windcaller which if you haven't guessed yet, controls the wind. Both of these illagers have dark purple eyes unlike the others in their kind. Hopefully, we get to see a fire type and a water type in the game's upcoming DLCs the Nether DLC and the Ocean DLC. 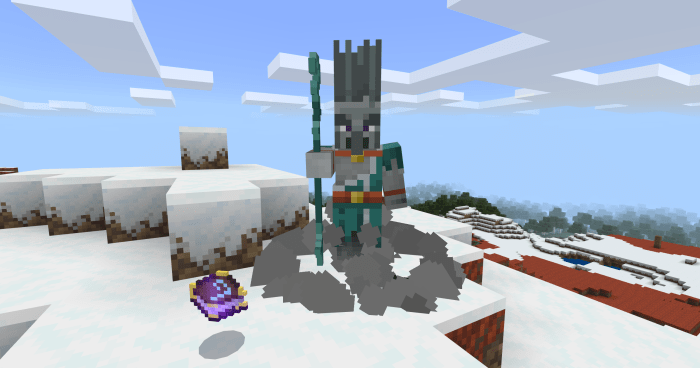 The Windcaller has two attacks just like the original. He creates a little tornado under your feet and lifts you up into the air. In his other attack, he will spin his staff around and summon a gust of wind that can damage multiple mobs.

The Windcaller will spawn in extreme hills biomes since in the MC Dungeons game that's where he is featured.

The Updraft Tome, "An ancient book filled with illegible glyphs, you feel a strange breeze as you flip the pages." - in-game description. It's a book that also allows you to harness the wind. Specifically, lift mobs into the air really high. You can get these by killing Windcallers. 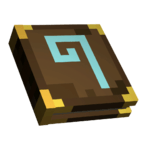 - (How it looks in MC Dungeons, not in the addon)

A Windcaller using his attacks against a villager

Make sure you have these settings on when creating your world.

Please do not steal and publish this addon :)