verew
20:38, 06 May 2021
57
0
Minecraft Upgrade it's a addon that adds a lot of new things of the old Minecraft updates (like the nether update) exploring the concept of the upgrade topic and remaking some things of the update

The corrupted it's a variant of the zombie, this appear in the nether. When the mob hurts you, this give nausea from 15 seconds. If you kill the mob, this drops rotten flesh

The crimson fungow it's a new variation of the cow, if you use a bowl with the mob, you obtain a new stew

The warped fungow it's like the crimson fungow, but, you can't use the bowl with this mob, you can use a glass bottle with the mob to obtain a new potion

The infected it's a hostile mob that can eat some items, this mob they fear crimson fungus, if a mob hurts the infected, all the neutral and hostile mobs attacks to the mob that hurts the Infected.
This mob drops warped warts

The dead Infected it's a hostile mob similar to the zoglin, this mob is a little more stronger that the normal infected, this mob drops rotten flesh

The pyroglin it's a hostile mob that attack the players, this mob attack with pyroballs.
This mob can change into a soul version, in this form, the mobs is more stronger, this mob, after a long time, transform in his normal version.
The pyroglin can loot some specific times if you kill him in one of the phases
Normal phase: Drops pyroball
Soul phase: Drops soul pyroball

The dead creeper it's a mob that it's like a normal creeper, the difference is that, if the mob explodes, this leaves fire in the explosion

The molten soul it's a new block that, if you step on the block, you wanna walk more faster.
The soul it's the drop of the block, this item works for made some things in the addon
Recipes

You can obtain the warped warts killing infected, you can make a new potion with this warts

Outside of the nether, you can find this flower. This flower had been removed from the game, but, with this add-on, you can obtain again with a new texture.
You can make cyan dye with this flower

The ash block it's a new block that you can find in the nether, when you break the block, you can obtain the ash. If you put the ash in a furnace you can make the burning ash 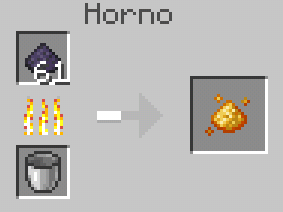 The soul glass it's a new glass that you can obtain burning soul sand in a furnace, you can use a flint and steel to make the glass change his color and glow. If you back the lit soul glass, this block transform in a normal soul glass
Recipe 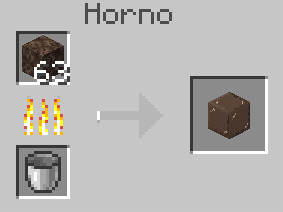 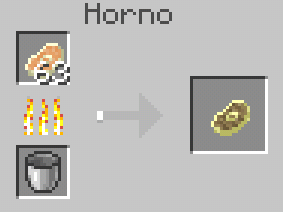 Now, you can obtain a new meat of the Hoglins, this regenerate more food than a normal meet

The pyroball it's a new proyectile that you can use, it's like a snowball with fire but, this have more gravity.

This item it's like the normal pyroball, but, it's more stronger.
Also, you can use another craft to obtain the soul pyroball

This ore appear in the basalt deltas, you can obtain 1-9 redstone of this block

The bismtuh it's a replace of the item in the nether, you can find in the warped forest.
This item need more complex craft to make the iron things 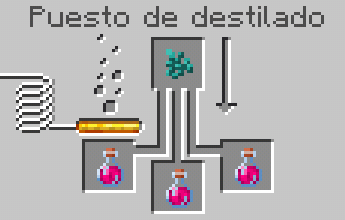 When the extravagance potion, you can make the next potions:
Also, you can use glowstone and redstone to make the effect more stronger or last longer

The advanced gold sword makes 7 damage, also, this weapon has sweeping edge.
You can obtain the sword killing a piglin guard.

The nether reactor it's a block that you can find in the nether, you need to use a quartz key to activate a new boss battle

Now, the zombified piglins use the clothes of the normal piglins

Now, the piglin Brute has hair in ridge shape

The piglins guard it's more stronger than a piglins Brute, this mob spawn ever with armor and a advanced gold sword. You can find this mob riding a tamed hoglin and in the reactor fight

This Hoglins are piglins friends, you can find a tamed hoglin with a piglin guard in his back

This piglin appear in the reactor fight, appears accompanied by two tamed Hoglins without a rider

In the second phase, this piglin appear with wither skeletons, now has the ability of appear corrupted, crimson eyes and evocation fangs. The life of the boss now it's the double of the first phase

Another things
The gold texture has been reworked and now, it's more shiny
The wither skeletons, corrupted and crimson eyes hates the piglins and this try to kill the piglins
You can find the items in the inventory, searching in any place
This add-on has a custom title

Note, this add-on just works in the official 1.16.100
Thanks of the people that helped me and support me with the addon