rick
12:57, 28 June 2021
141
0
True Zombie Apocalypse  is an addon for bedrock edition that ACTUALLY feels like a zombie apocalypse. When creating this addon I took inspiration from other zombie games to create something that was different from most Z.A addons for bedrock edition. This addon adds zombie hordes, Zombies will mutate every 24 in game days becoming stronger, 4 new types of zombies and much more!

How The Addon Functions:

Spawning: The spawn weight for all default zombie types have been increased and other mob types spawn weight have been decreased so you can still get those other drops but you'll mainly have to deal with zombies.
Hordes; When zombies spawn no matter how far they are (as long as they're within render distance) they will start making their way towards you forming large hordes while ensuring not too many spawn lagging your game
Mutations; Zombie mutation accrues every 24 in game days and It will only happen within the 5 times, after that the zombies will be at their final form. Mutations Cause Small increase in the zombies stats creating a fun balanced and challenging experience. Mutations are tied to world age so if added to a preexisting world you may not start with the first tier of zombies depending on how much time you've played the world.
Zombie Drops; Zombies will drop less rotten flesh and occasionally drop more useful items such as arrows, charcoal, chicken, and more. Zombies will have a small chance of dropping a random piece of enchanted iron gear. And a very small chance of dropping random enchanted diamond gear.
Gear: Zombies will have a increased chance of spawning with gear (armor and weapons) and also have a higher chance of spawning with stronger gear such as iron and diamond armor.

Mutant Zombie; You all know him, he will spawn very rarely as a boss and unlike the rest of the zombies he will only mutate 3 times 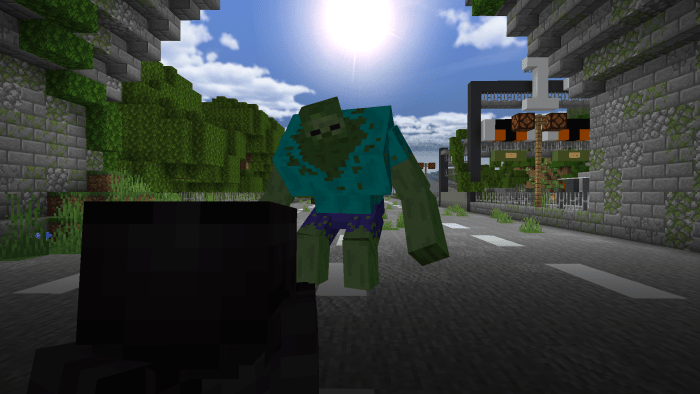 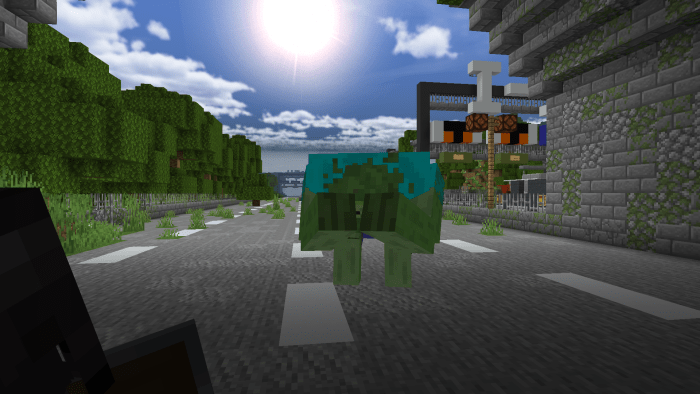 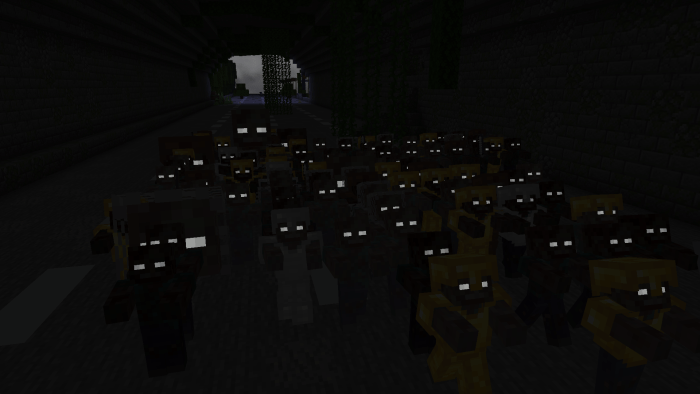 Charge Zombie: Much less Common than regular zombies the charge zombie is a faster zombie that can climb walls, and when he hits you he'll disorientate you.
Base stats (before mutations):  Health 16 Attack 5 Movement 31
(Updated With Custom Textures) 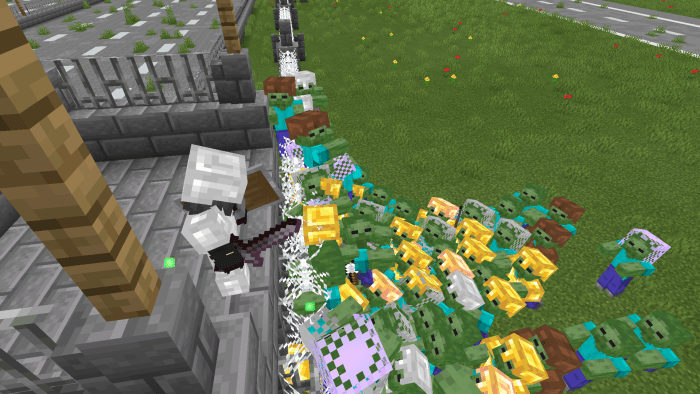 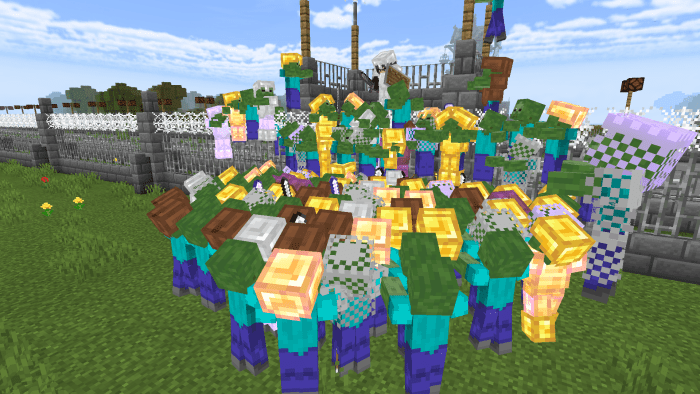 (charge zombies are a small minority of zombies and do not spawn as much as shown in the photos above)
Horde Master: Much less Common than regular zombies the Horde Master is a bigger slower but stronger version of a zombie. hits from him can injure your legs making you temporarily move slower
Base Stats (before mutations): Health 100 Attack 9 Movement 18
(Updated With Custom Textures) 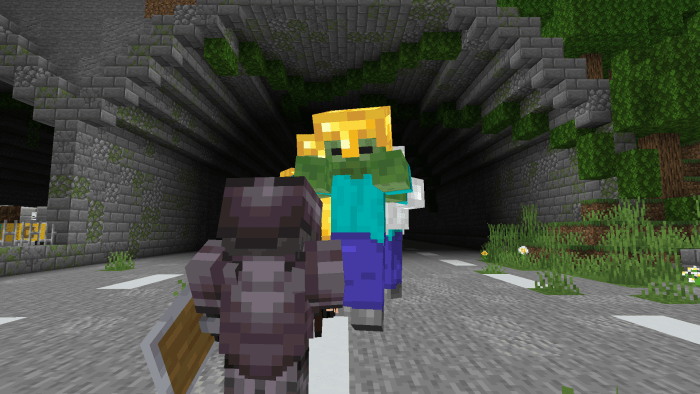 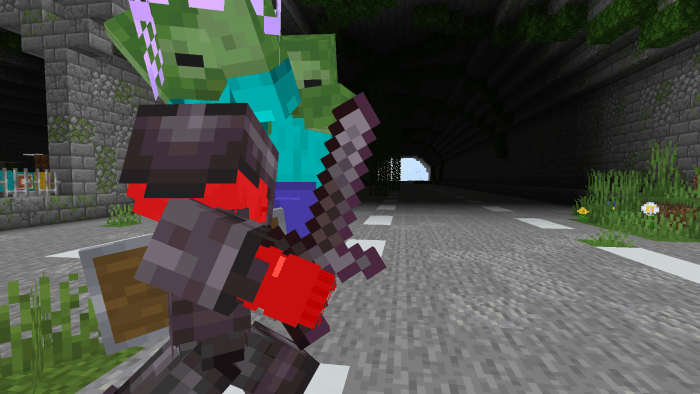 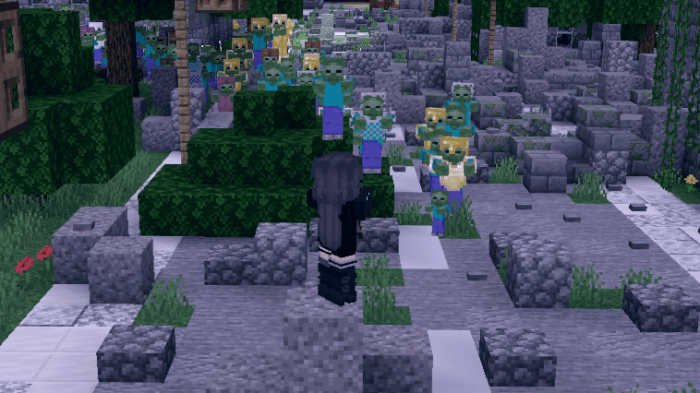 Default Zombies: Because of the amount of zombies that spawn and surround you i had to decrease their base stats to make it more balanced, but as mentioned they will mutate becoming harder to fight off.
Base Stats (before mutations): Heath 13 Attack 2 Movement 20
(Updated With Custom Textures) 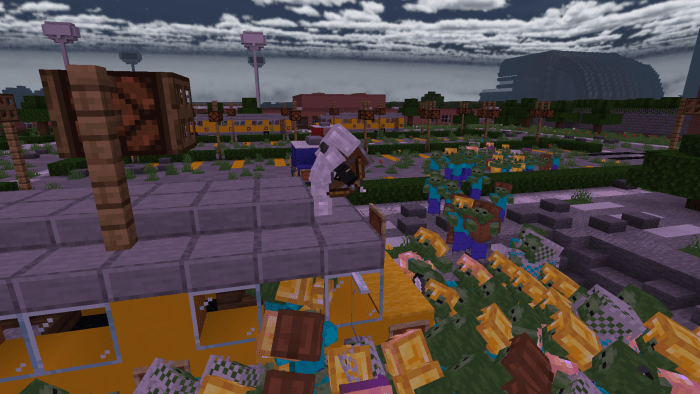 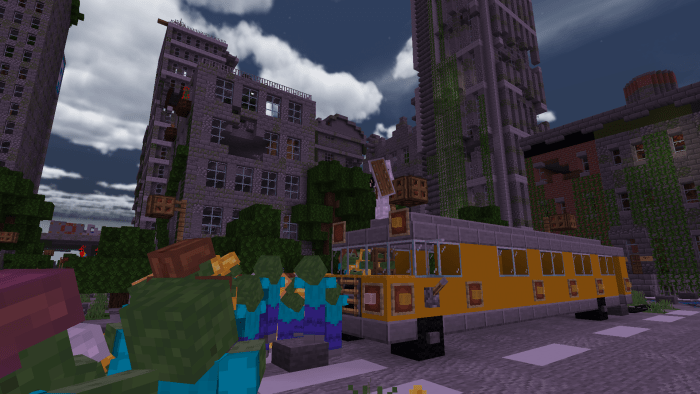 Extra Additions:
I recommend paying on a new world although adding this addon to a preexisting world is completely fine, you may just start off with stronger zombies depending on how long you've played the world.
Dogs have increased health and damage :)
The Buff zombie in its final mutation form can climb walls
Zombies are very attracted to villagers and traders
Some zombies can walk through berry bushes