rick
12:33, 28 June 2021
52
0
The addon is presented in beta version with only 13 dinosaurs and 1 hibrid, it will soon be updated with more features and functions. In this beta version, dinosaurs have some different functions and animations.
the creatures present in this addon are:
Acrocantrosaurus: 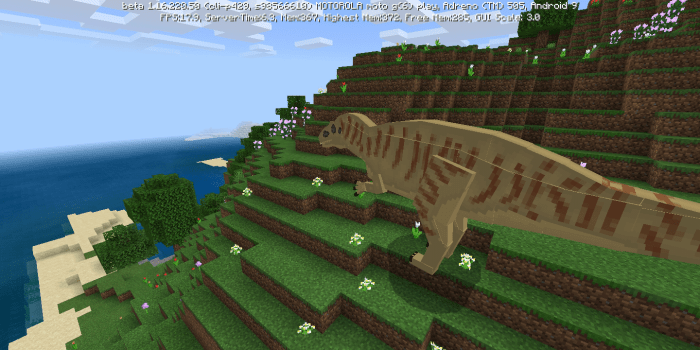 Acrocanthosaurus is a large theropod that can now be created through machines. It is present in several things of the jurassic park franchise, one of its appearances is in the jurassic park operation genesis game.
life: 30
attack: 14 damage
variants: 1 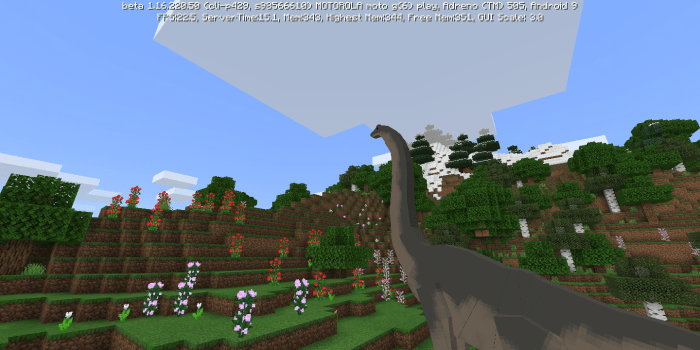 Brachiosaurus, the sauropod that most appears in the Jurassic franchise, beautiful and strong, he walks calmly, but make no mistake if you mess with him, know that you have a big problem. 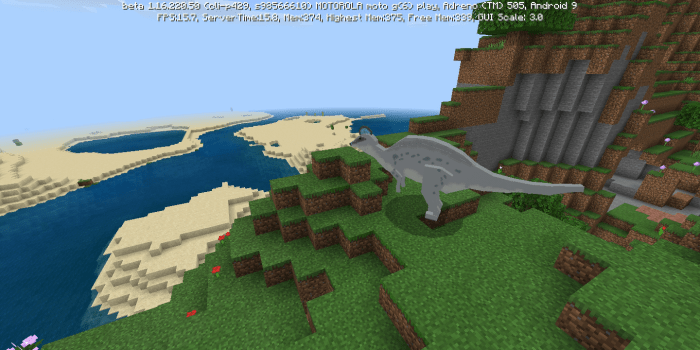 Corythosaurus, is one of the duck beaks present in the addon, has a small appearance in one of the films of the franchise. 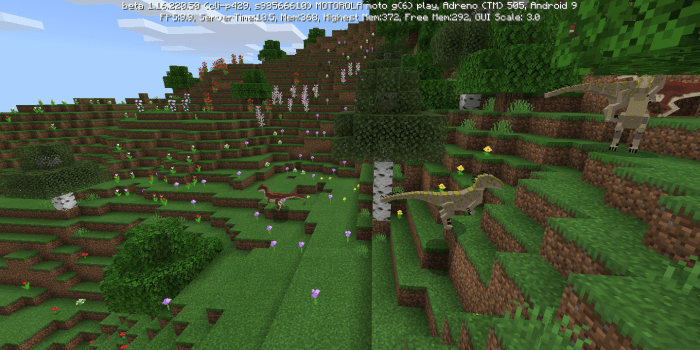 Deinonychus the first raptor of the addon has two different models and spawners, one made with DNA from amoratus and the other only with DNA from deinonychus, appears in the game Jurassic World Evolution.
Life: 15
attack: 8
variants: 2
models: 2 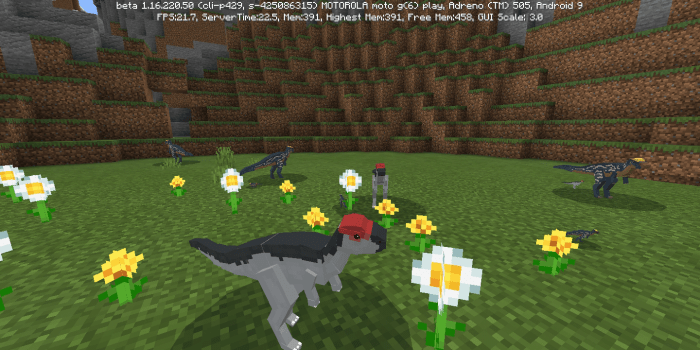 Homalocephale, the little dinosaur in the addon, has two different models and spawners, one made with frog DNA and the other only with homalocephale DNA, appears in the game Jurassic World Evolution.
Life: 10
variants: 2
Models: 2 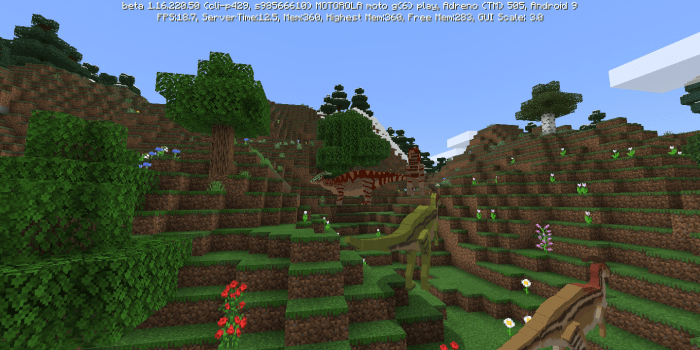 Parasaurolophus is the second species of hadrosaurid in the addon and perhaps the best known, if I am not mistaken the parasaurolophus is one of the dinosaurs that most appears in the Jurassic franchise.
life: 30
attack: 10
models: 2
variants: 17

A dinosaur with characteristics very different from its accurate version, the sinoceratops is highlighted in the last film released in the franchise and is also present in the animated series of jurassic world.
life: 40
attack: 15
variants: 4 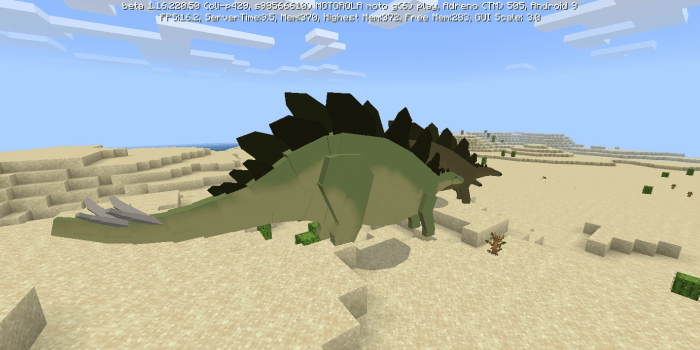 this great dinosaur has great strength, it has thorns in its tail that it uses for defense, one of its most striking appearances is in the second film of the franchise.
life: 40
attack: 15
variants: 2
Suchomimus: 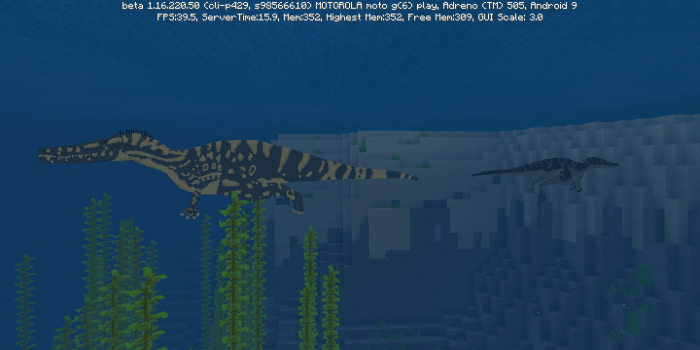 This spinosaurid is present in the addon to cause problems on land and water, present in jurassic world evolution he is a dinosaur well known by fans of the franchise.
Life: 30
attack: 12
variants: 2 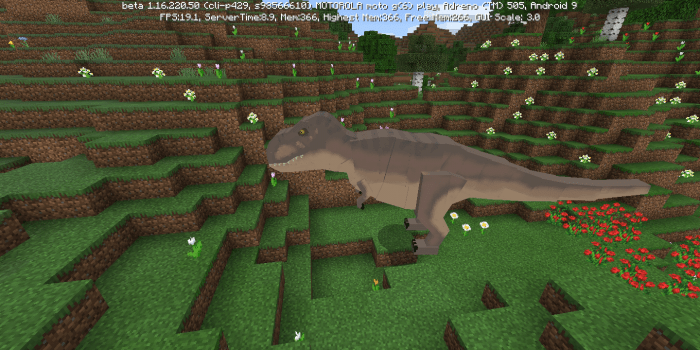 The biggest symbol of the jurassic franchise, the well-known rexy can now be made and maybe in the near future we will have the couple from jurassic park 2.
Life: 30
attack: 14
variants: 1 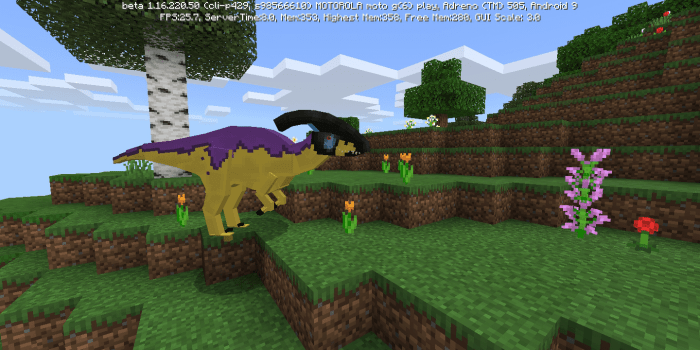 the first hybrid of the addon has its dna obtained from the dna combiner, it is present in the line of toys chaos effect.
life: 30
attack: 12
variants: 1 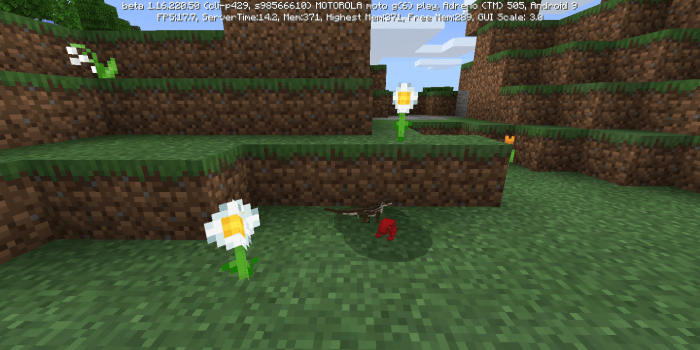 the first animals of the addon when they are killed can be used to complement the DNA of some dinosaurs in addition to their meat being edible. 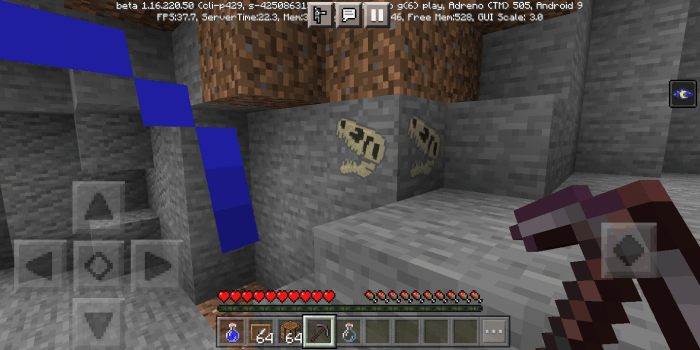 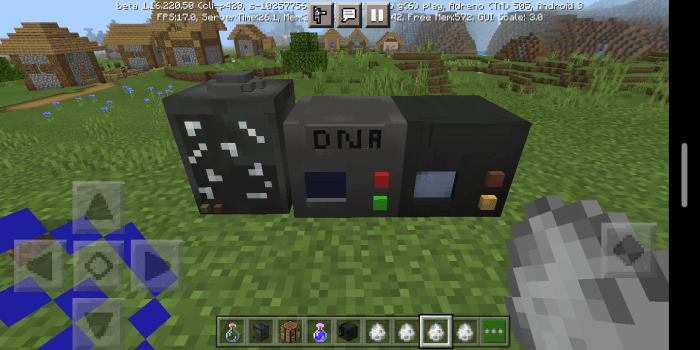 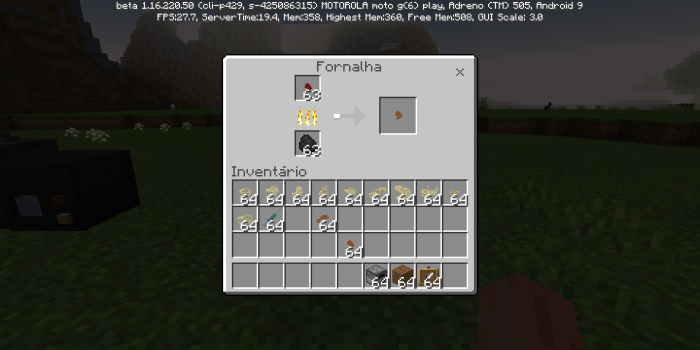 common dnas:
all common DNA is made of a clean fossil and a syringe or in the case of animals the meat of the animals goes.

hybrid dna:
hybrid dna are made from two or more dinosaur dna.

most dinosaurs have the same way to create dinosaurs.

fossil clean:
all fossils are cleaned in the same way, so the fossil plus the bucket of water. 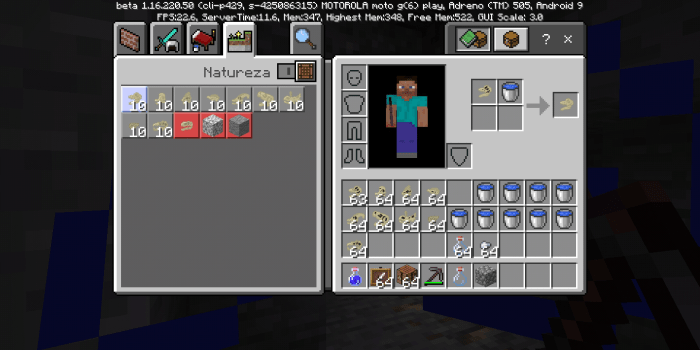 that's it for now and until a next update, have a good day, good afternoon and good night.