rick
12:31, 27 June 2021
53
0
This addon will activate the generation of Lush Caves and Dripstone Caves, in addition to an incredible new generation of caves that will appear around the world, with giant caves in the lower layers...
To find the lush caves you will need to find azalea trees that will appear around the world below them you will find the lush caves
Lush Caves 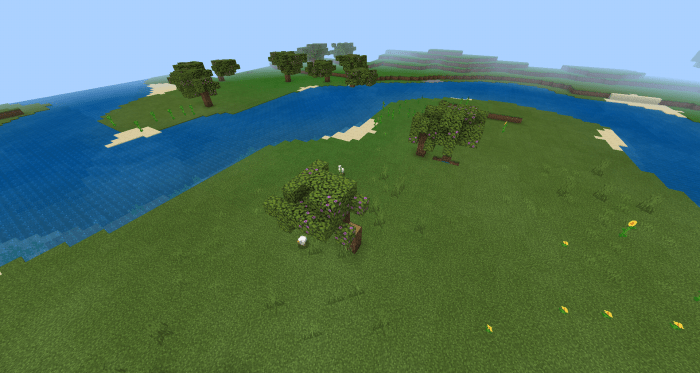 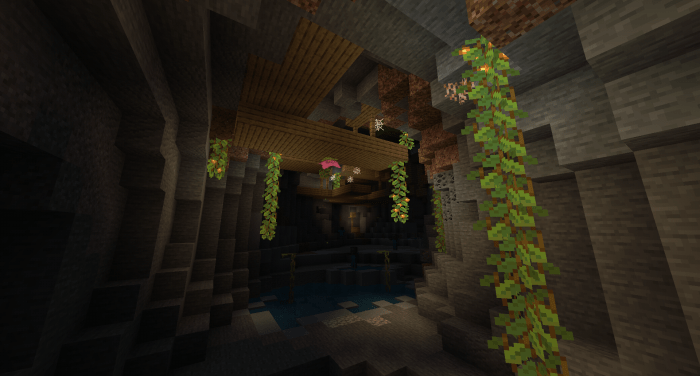 In addition to the lush caves there will be the dripstone caves that will be more difficult to find because it doesn't even have a biome marker on it, it generates in lowland biomes with oak trees.
Dripstone Caves 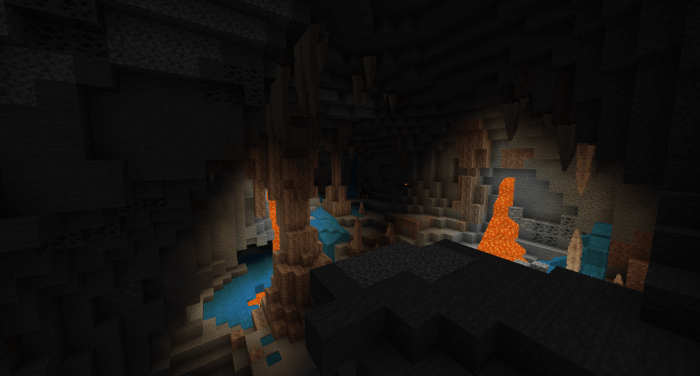 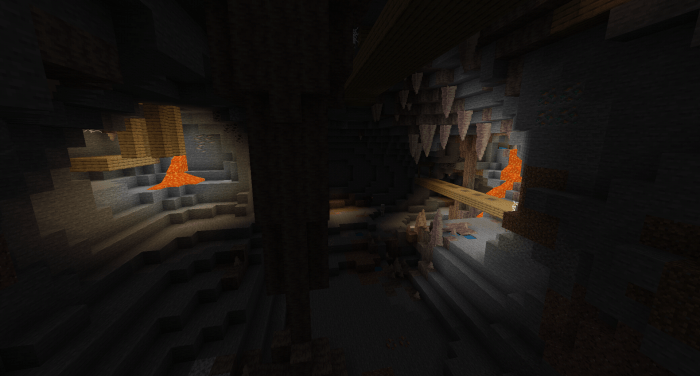 And just like the lush caves biome it will also generate from layer 60 to layer -64. 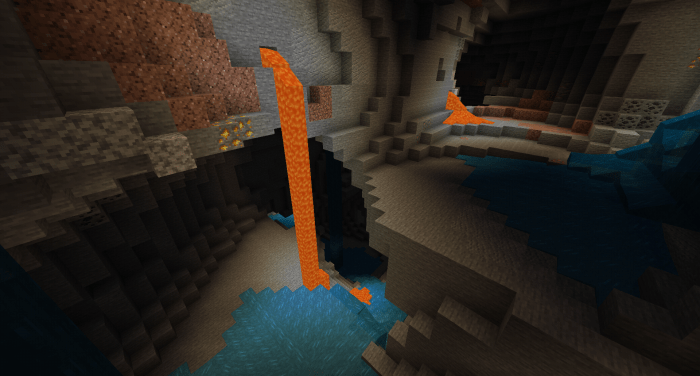 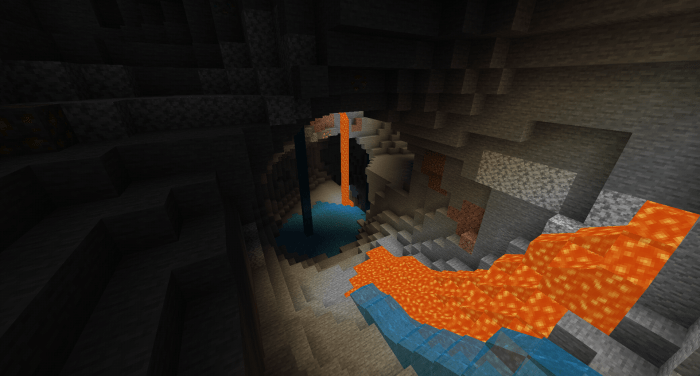 I will update it later with new generation of ores, deepslate and Sculk Growth.