rick
15:10, 25 June 2021
37
0
Are you tired of always being a couple of Gold Ingots too short to make Golden Apples? Throw that problem into the trash where it belongs cause this Addon makes it alot easier to get Golden Apples!
Now you can make a 12.5% Golden Apple? Yeah, it's pretty weird but it's basically a Golden Apple made with only 1 Gold Ingot.
You can also use only 2 Gold Ingots to make a 25% Golden Apple, You get the idea right? This even brings the removed but not forgotten Enchanted Apple Recipe back!

So, it's always frustrating to get an Apple early in the game, you want to make a Golden Apple so you won't die immediately trying to fight mobs, but you don't have enough Gold, you try to go to the Nether to mine Gold, but it didn't work out so well for you... I have gotten the solution! I've died way too many times trying to collect Gold so I don't wanna pass down that frustrating problem to others, but instead solve it!
You can now craft partially complete Golden Apples. 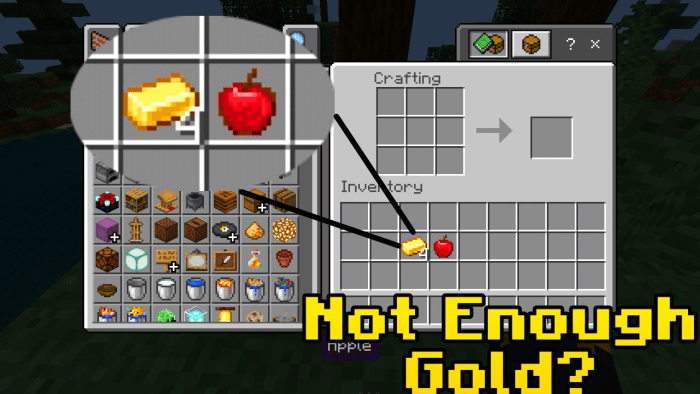 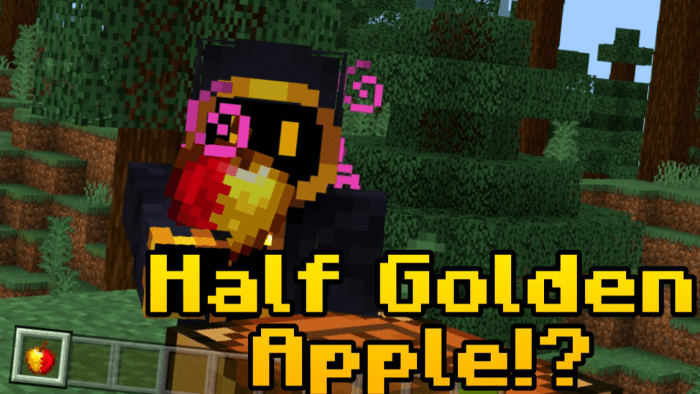 You can craft this just like how you would craft a normal classic Golden Apple, apple goes in the middle, and gold ingot around it, let's check them out shall we!

• You can craft these in a crafting table

• They can be placed in any position, it doesn't actually matter however you place them in the crafting grid.
• These are the actual in-game names, such as 1/8 Golden Apple, 2/8 Golden Apple, etc... If you have any name ideas, feel free to comment. 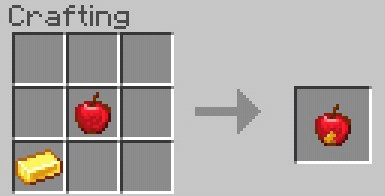 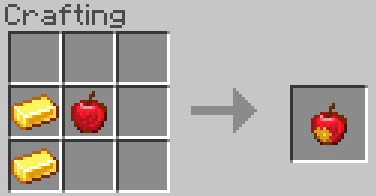 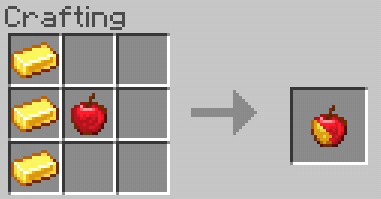 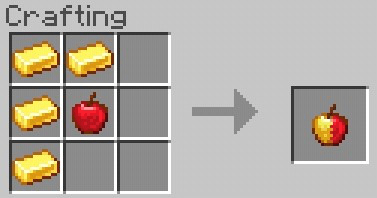 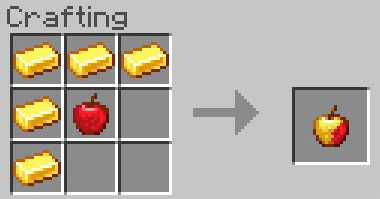 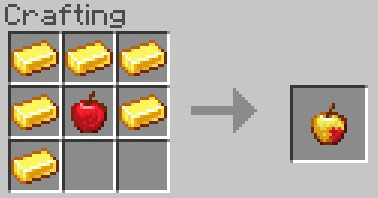 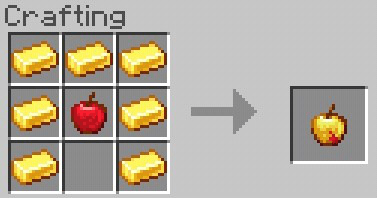 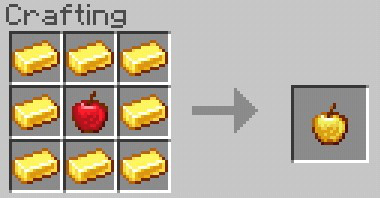 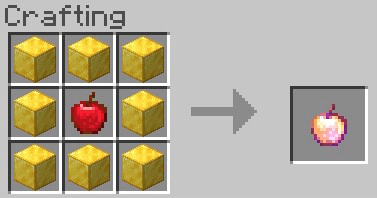 My hunger after eating it

Downloading the file
After pressing the download link, it will redirect you to Linkvertise, don't worry if it seems sketchy, it's a safe website and It will ask you to view an article, after finishing the required tasks to download the pack, you should be redirected to MediaFire, press the download button and it should start downloading the file.
Installing the file
After download, go to your files manager and if your file manager supports file search, just search for "IGA.mcaddon" after that, click the pack and if it asks you what to open it with, select Minecraft, after that, Minecraft should open and install automatically. Enjoy the pack!