You can find these pyromaniac devils in swamps, if you're lucky, daylight hours (they're a bit scared of the dark). They like emeralds, quite a bit, so if you'd like them on your team be prepared to pay up. Just 'tame' them like you would a pig or tiger or a Keeper Creeper and they'll be yours for life. Four sorts of friendlies - red, white, green, grey (most common, garden variety wizard).


They will attack ANY hostile mob. They're not the least bit fussy. But if one gets too close they'll run for it, and resume their fireball shenanigans once they've reached minimum safe distance.

You can heal them with their favorite foods - pumpkins and baked potatoes. They'll also, sometimes: 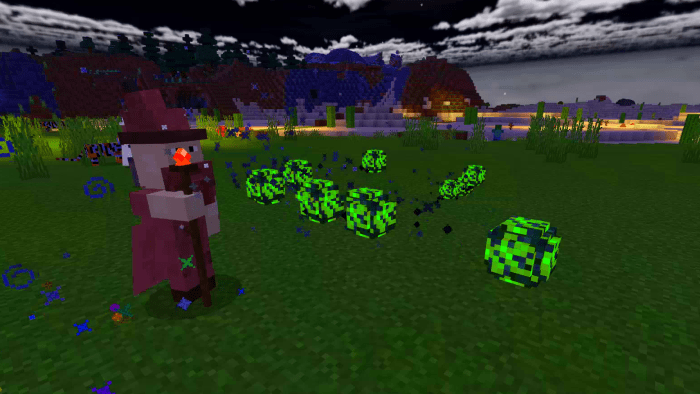 And then there's the evil wizards! These horrors also spawn in swamps (when it's dark) and in forests (also when it's dark; spooky). Hostile to anything neutral or peaceful or looks like ... you.

A big thank you to odarmamx for identifying a bunch of bugs with these wizard dudes and a bunch of other addons too! You can check out his youtube cha​​​​nnel here. 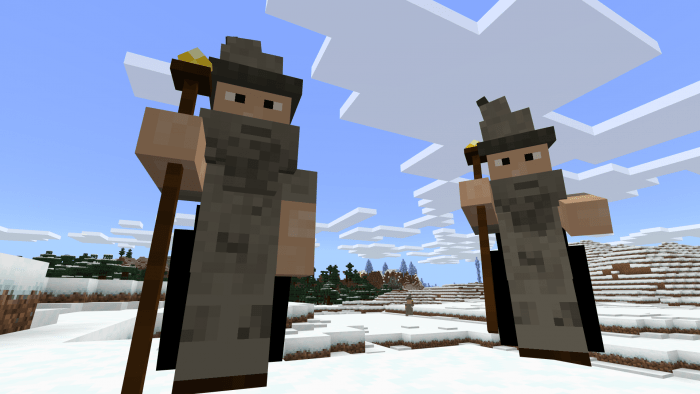 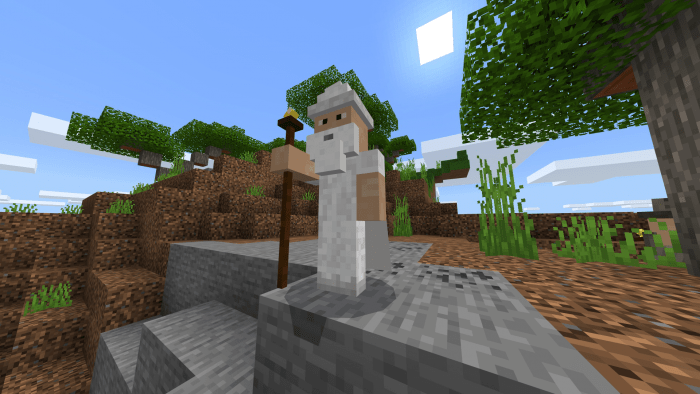 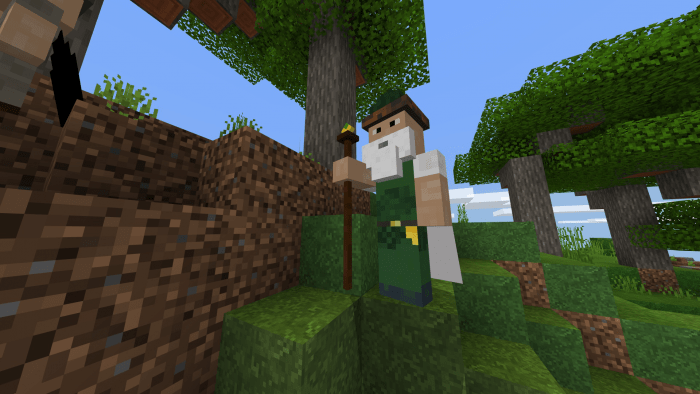 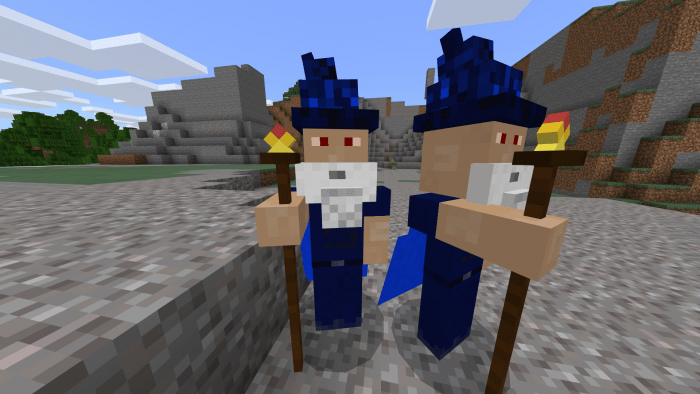